Last Monday I had the fantastic privilege of attending the Essence Magazine Fierce and Fabulous 40 Awards and Luncheon in Manhattan, courtesy of Buick GMC.  Back in August, I received a phone call from Buick asking me if I would be interested in trying out a 2011 Buick vehicle for a week, driving to NYC and attending the Essence luncheon and covering the red carpet.  What an opportunity! 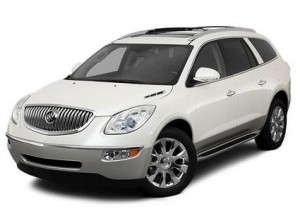 I got to test drive a sleek Buick Enclave for an entire week.  I drove it to New York and loved the ride.  My car is a GMC Acadia, so I already know and love their cars and the Enclave is in the same category as my Acadia. But….the Enclave definitely had a few luxury features that I was psyched to learn about.

And off I went to The Big Apple.  The next 24 hours was a whirlwind of adventure, surprises and fun.  The highlights were definitely: dinner at B. Smith’s restaurant in Hell’s Kitchen; our group (StyleMom, Duong, Carolyn and I) were blessed with a visit from B. Smith and her husband! What’s more? They invited us back to their home!! Can you imagine? Me in B.’s gorgeous penthouse apartment on Central Park West. It was amazing.  She and her husband were just so warm and hospitable, sharing their memories, stories and space with us. Definitely a memory for the books!

The next day was the Essence event.  We had the pleasure of interviewing Essence staff, and all of the celebs gracing the red carpet! The day was unbelievable and hard to put into words.  Listening to the accomplishments of the strong and beautiful women in the room, and being surrounded by such power and inspiration was moving.  Diahann Caroll delivered a touching and honest keynote speech.  Nichelle and I definitely shed a tear.  I met everyone from Gayle King to Malinda Williams to Gabrielle Union to Kerry Washington to Tracee Ellis Ross to Michelle Ebanks to Cathy Hughes to Naomi Campbell to Angela Burt-Murray to Wendy Williams to Mikki Taylor to Estelle to Mary Mary to Anika Noni Rose to Sherri Shepard to Valerie Jarrett to Malaack Compton-Rock – I could go on! Check out the Essence.com photo gallery here.

But instead, I’ll let you watch the video of my experience that the hard-working Michelle and Colin put together on behalf of Buick.

I can’t thank Carolyn at GM Communications enough for the invitation and for being such a wonderful hostess! I had a blast. I’ll be posting my own photos soon. Happy 40th Anniversary Essence!

Thanks to Buick for providing me with the use of the Enclave for a week, sponsoring my travel, and for the hot ticket to such an exclusive event!