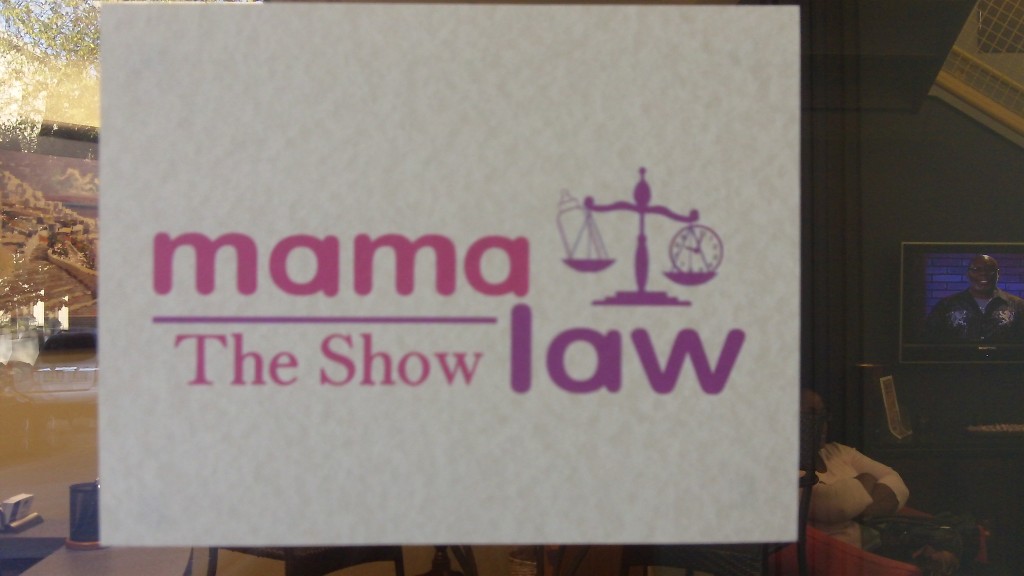 Last weekend my two co-bloggers and I traveled to Atlanta to shoot our very own talk show pilot.  Talk about a surreal experience! Earlier this year we learned that a television personality in Baltimore had heard of our blog, immediately was interested in our story and thought we would make for entertaining talk show hostesses.  Of course we couldn’t agree more. Ahem. In fact we had already been doing a [shamefully inconsistent] web TV show on MomTV and having a blast doing so.  The major issue we were struggling with was that we each live in difference cities and so that made for insurmountable technical difficulties in live streaming.  But all of us traveling to one location on a set date to film with a professional crew? That we could do.  And so our adventure began.

We arrived on Friday afternoon and immediately headed to one of the local news stations for our rehearsal.  We talked about our format, went over our scripts and jotted down notes on index cards for us to carry on to the set.  Then it was off to get our nails done, eat dinner and have a restful night’s sleep.  I have to admit that I was a nervous wreck and that I tossed and turned and felt my stomach churn all night.  Our faaaabulous hair stylist came to the hotel room at 5am to get us glammed up and by 7am, we were on our way to the studio, suitcases jammed with wardrobe options in tow. 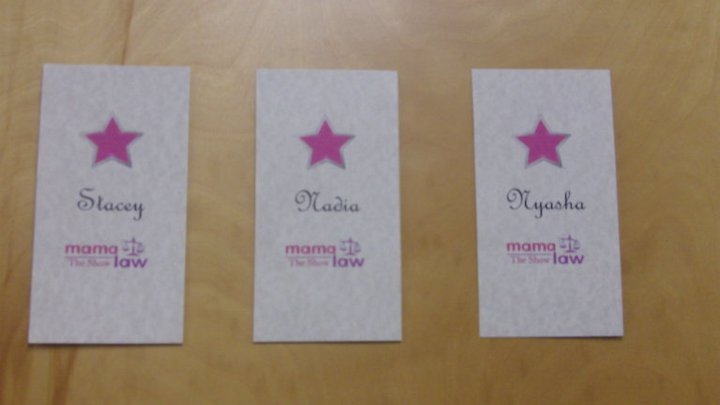 Our Executive Producer was a doll and made us feel so special by surprising us with stars on our dressing room door.  Then the madness commenced. We had a glam squad who did our makeup and styled our clothes throughout the day.  It was hilarious seeing them run on set in between takes to touch up our lip gloss or fix a stray hair.  The wardrobe was a bit of a nightmare for me though.  As usual, I didn’t have much time to prepare for the shoot (just coming off of Blogalicious) and so I threw a bunch of dresses into my suitcase and called it a day.  But – ah the rules of television foiled my plans…according to our stylists, we couldn’t wear:

And so I was left with…nothing.  I ended up borrowing Justice Ny’s dress and jacket, which worked out fine although I didn’t really feel like “me.”

Did I mention that we had a studio audience? They were awesome. Arriving super-early and toughing it out through 4 hours of takes and re-takes! Our pilot was to consist of 5 segments and by Segment 2 we were warmed up and getting the hang of things.  The set was gorgeous. Gorgeous! The set designer Calvin totally got a feel for our style and made it come to life beautifully.  By Segment 5 we were in the homestretch and had fun during our cooking segment with Chef Hugh Acheson (even if I did cause us to re-take the intro 3 times for mispronouncing his name!)

We wrapped up the day with a photo shoot (thanks Josh!) at the Loews hotel and rounded out the day with trip to the Morehouse College Homecoming Parade and a scrumptious Southern meal before boarding the plane back to the real world.  I can’t wait to see how we did! 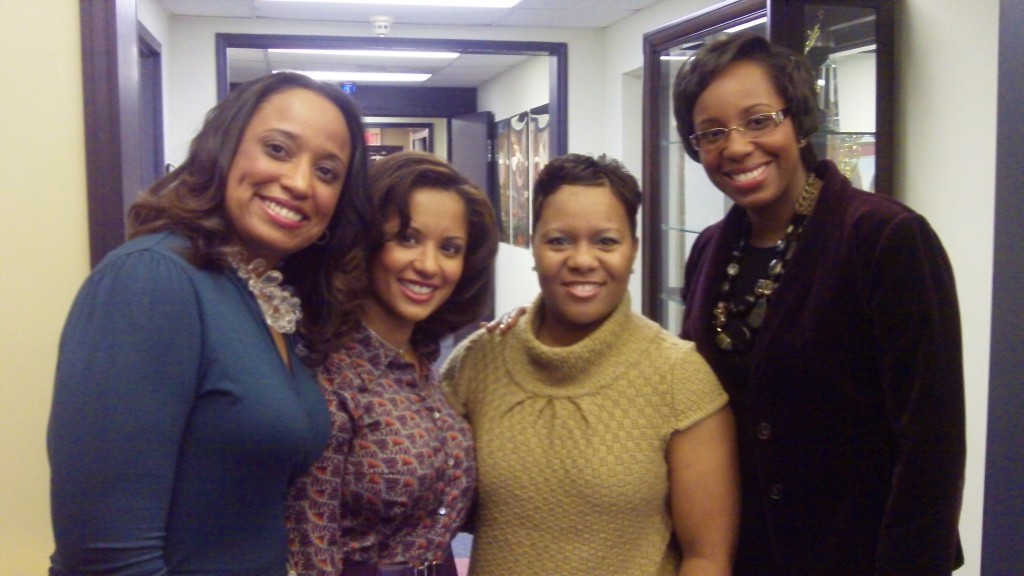 Here we are with Mamalaw supporter extraordinaire, Krystal Grant