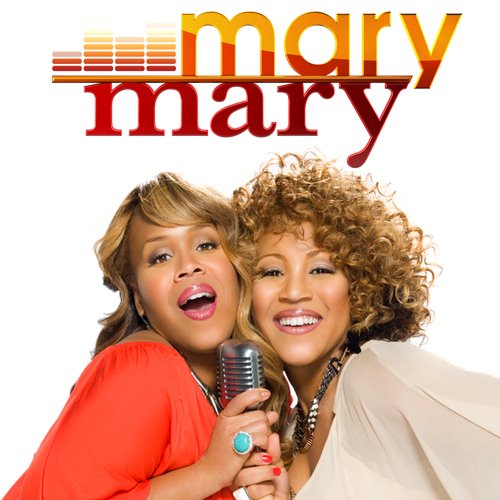 There’s nothing I love more than a good reality show.

You can ask anyone who knows me – I am a bonafide pop culture and reality TV aficionado. My mother is so proud. But I have to confess that I totally dropped the ball on the Mary Mary series. My TV-watching plate was so full that I had to cut back somewhere and sadly, missed the entire first season. But, as luck would have it, the show is back with a second season and I am already hooked.

I had the good fortune of watching a preview of the first episode of the second season – which airs TONIGHT, by the way – and I loved, loved it. The episode I watched followed the ladies on their promotional tour for their latest album – which wouldn’t have been anything particularly special or out of the ordinary – but the kicker was that one sister was very pregnant and the other had recently given birth to a newborn. Watching how they juggled travel, performing, and taking care of business while being away from home and kids AND having babies on the road (one in utero and one out) was absolutely something that resonated with me as a working mom.

The irony is that our situations are as different as they are the same: they’re living the glam life while being styled and chauffeured from hotel to show to city, while I’m literally in my pajamas in desperate need of a hair appointment as I write this; but at the end of the day our challenges are just the same:

How do we do follow our passions and do what we need to do from a professional perspective to fulfill our career goals while raising a happy family and nurturing a marriage?

I saw them calling home and checking in while on the road to make sure school stuff was taken care of and that the household was still running smoothly {Been there. done that.} I saw their mother traveling with them to take care of Erica’s baby while she was running to and fro. One scene in particular that resonated with me was when Tina called her husband from the road only to find out that he took their kids to the zoo without her. A major family event that made her angry and sad to miss. I totally felt her frustration in the moment! {Been there, done that!}

But what I appreciated most was their candor and honest emotion as they tried to get the job done while putting their family’s needs first. In a reality-TV world filled with glam and riches, where the kids are rarely seen because they’re shooed off with nannies, where moms whose bodies don’t show any signs of having carried a baby, and where superficial drama reigns, it was so refreshing to watch Erica and Tina keep it real.

Count me in for next season.

It’s situations like these that the three-time Grammy® award-winning gospel duo Erica and Tina Campbell face in Season 2 of WE tv’s hit series Mary Mary as they balance being recording artists, mothers, and wives. MARY MARY premieres Thursday, December 6 at 10|9c and moves to its regular timeslot on Thursdays at 9|8c, beginning December 13. Watch a sneak peek here!

This is a sponsored conversation written by me on behalf of WE tv. The opinions and text are all mine.