It’s been 17 years, but I still remember the royal blue package and colorful African emblem on the Howard University School of Law (HUSL) application.  Something about just the application itself let me know that this place was special and was where I was meant to go.  Following the prudent advice that I was given, I applied to half a dozen other law schools, but deep down, I knew I wanted to go to Howard.  After growing up in a suburb in Canada and spending 3 years in North Florida at a college where only 2,000 of the 52,000 students were African-American, I was ready for some diversity.  More than that, I was ready to be in an environment where my skin color and rich heritage was honored and not an afterthought.  While on the tour of the law school, I was bowled over by the friendliness of the student body, the faculty and the history that was woven into every turn, including the murals on the walls. Everything about it screamed “PRIDE” and it was love at first sight. 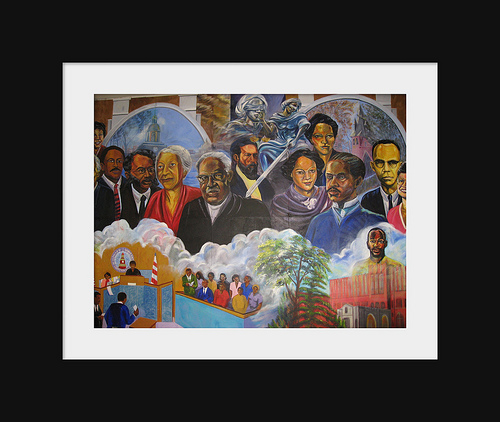 Historical Mural in the Moot Courtroom Foyer at HUSL

The first week of class was not what you’d expect.  Instead of diving right into the substantive material that we had to cover (and my WORD was there a lot), we spent hours watching the PBS series from the late 80s Eyes on the Prize, an award-winning, 14-hour television series that tells the story of the civil rights era through historical footage and contemporary interviews. Being the excited, anxious and somewhat naive first-year law students that we were, there was some eye rolling and eyebrow raising when we learned of our agenda for that week. But let me tell you – by the end of the series, we were all emotional, fired up, resolute and clear on our mission and purpose for being in that place and what was sacrificed for our privilege to sit there.  I’ll never forget it.

My mother has been in education as a teacher, admissions officer and associate dean for decades. During the law school application process, she advised me on the importance of selecting an institution that would not only challenge me academically, but that would support me emotionally. We’ve all heard the horror stories of the cutthroat law schools where students hide books from each other or rip pages out of textbooks that others need to complete an assignment (I’m guessing a lot of that is gone now that everything is digital!). I knew that I needed a place where I would feel nurtured; law school is hard enough without any drama.  I knew I had made the right decision when, at the end of that first week, one of the faculty members said to us: “Look to your left and look to your right.  At other law schools, they will say that one of those people won’t be there when you graduate.  At Howard, it’s your responsibility to make sure those colleagues graduate with you.”  And that’s the best way that I know how to communicate what it was like to be at that school.

By now, you can feel the sense of community, sacredness and responsibility that was an integral part of my 3 years there.  I felt it in the study groups – I stuck with the same study group from Day One. We looked out for each other, lifted up one another and challenged ourselves.  One of my study group colleagues is one of my closest friends and was a bridesmaid at my wedding. I felt it the week before classes began, when I learned my apartment wasn’t going to be ready for another 2 weeks, and a 3rd year law student (Hi Tsahay!) let me crash on her couch.  As a student body, we felt bonded together, and I had the opportunity to experience everything from my very first march for justice – in support of Mumia Abu Jamal – in front of the U.S. Supreme Court with them, to feeding the homeless in Washington, DC with them (we spent hours making as many bag lunches as we could!).  The social component was, I think, what sets HUSL apart from other law schools.  I guarantee you that every single student who graduated from there can recite this quote from civil rights activist, legal strategist, mentor to Thurgood Marshall, and former dean of HUSL: “A lawyer’s either a social engineer or he’s a parasite on society.”  Charles Hamilton Houston’s credo guides the Howard University School of Law’s mission to this day. 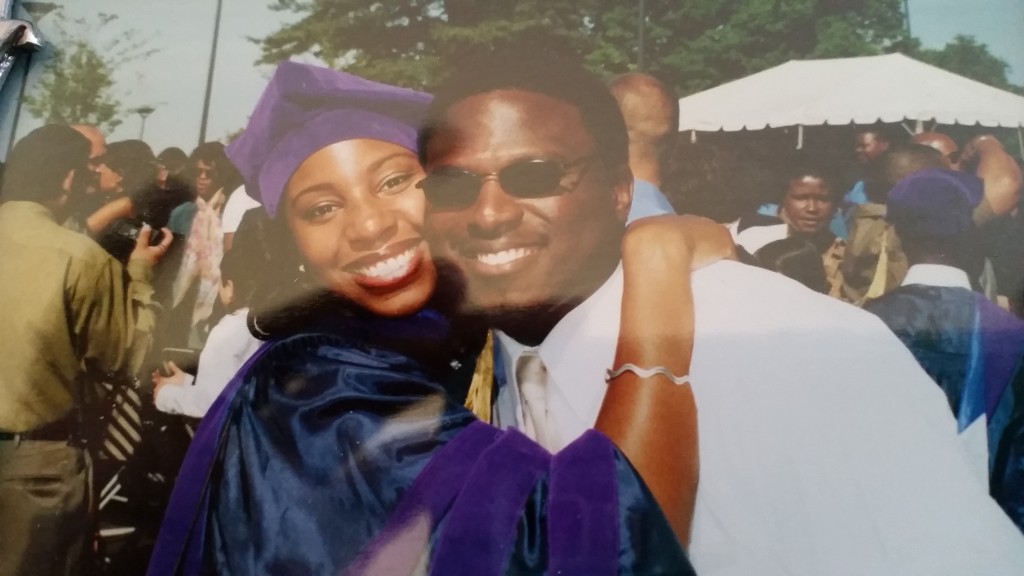 Me and Hubby on My Graduation Day

Here’s why Historically Black Colleges and Universities (HBCUs) are so special:

Of course, attending an HBCU isn’t all roses, but I know I’m better for it.  It’s the reason why I was able to begin my career at an Am Law 100 firm; to transition to a top federal agency where I honed my expertise; and why I have The Best Teach Ever to thank for my blogging, social media and community leadership career.  I always knew deep down that the security of our little bubble wouldn’t last, and what (mis)perceptions others might have of our education (i.e. “Howard Law? Do you guys learn law for black people there?” – true story), but when you’ve been at your law firm for 2 years and a partner calls you “Wanda” because he mistakes you for the secretary (even though there is exactly ONE African-American female attorney in the entire office, and that’s you), you can brush it off and think of those faces on the mural in Houston Hall and know that what you are doing, is being a social engineer.