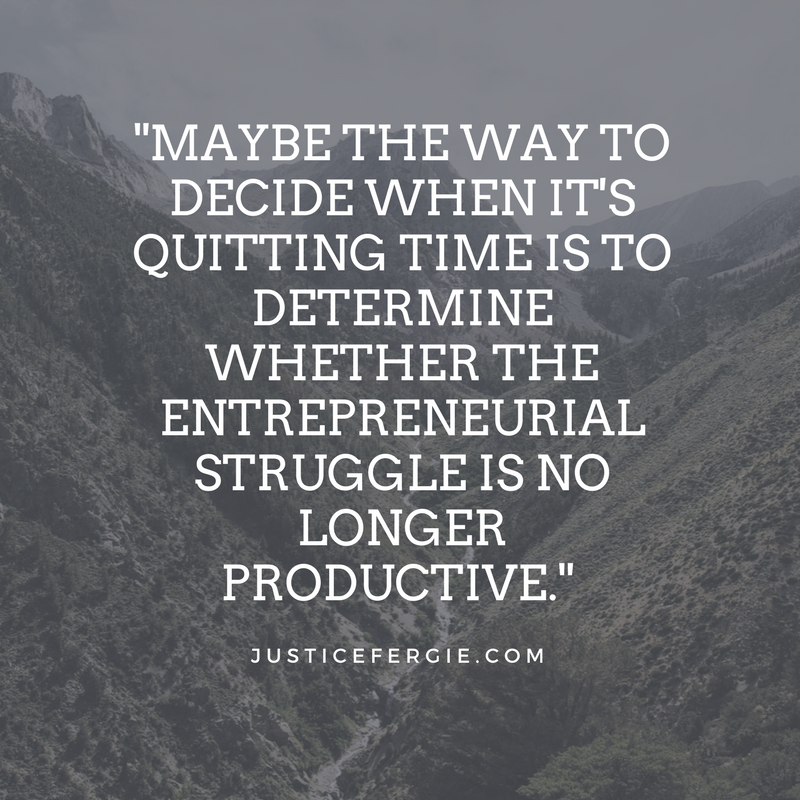 A few months ago, I was attending a parent meeting at my daughter’s school where the principal was explaining their approach to academic placement, homework, and the middle experience in general. He said that his philosophy was that children should experience what he calls: “Productive Struggle.”

The happy middle ground, he suggested, is where they are being challenged, but also being successful and making progress. This is what he identifies as “productive struggle.” When he said this, bells started going off in my head! I thought it was brilliant, while at the same time, being such a simple yet effective approach to learning.

Ever since that evening, that term has stuck with me. I’ve mentally applied it to my children’s participation in sports activities, and even selecting books at the public library. It works when considering troubled relationships too. I surprised myself, however, when I unintentionally applied it to a fellow entrepreneur (and adult)! She was lamenting how difficult keeping her business running had become, and was questioning whether it was time throw in the towel. It made me think: maybe the way to decide when it’s quitting time is to determine when the entrepreneurial struggle is no longer productive.

Being an entrepreneur is the opposite of easy. The “hustle” is glorified these days and those who are pursuing their passions and are quitting their day jobs and are on #TeamNoSleep are championed through an incessant amount of colorful quotes on Instagram. The truth is, being an entrepreneur is grueling – mentally, physically, financially, emotionally and more. (The ones who are honest will talk about these aspects too – not just that one time they had a 5-figure month or when Usher posted a pic of himself wearing their t-shirt on IG). Let’s be real: those of us on the full-time entrepreneur grind probably question our sanity about once a week.

Let’s be real: those of us on the full-time entrepreneur grind probably question our sanity about once a week.

SN: I was joking (sorta) with a fellow girl boss over text last week that sometimes I fantasize about working at the soft pretzel kiosk at the mall. Clock in. Serve pretzels. Clock out. Sounds glorious.

But you know what keeps us at it? The fact that our Struggle has definite moments of Productivity. The good outweighs the bad. We have that bang-up month after barely breaking even for weeks. We land that client that we’ve been courting for months. We finally figure out a sales funnel that converts. We get a book deal. A media outlet asks to interview us. And so on.

It’s when we are stuck in an endless, fruitless struggle that might be the clue to re-evaluate. What that looks like? Only you can decide. In the meantime, I have Mr. Wilson to thank for this insightful measure of life.